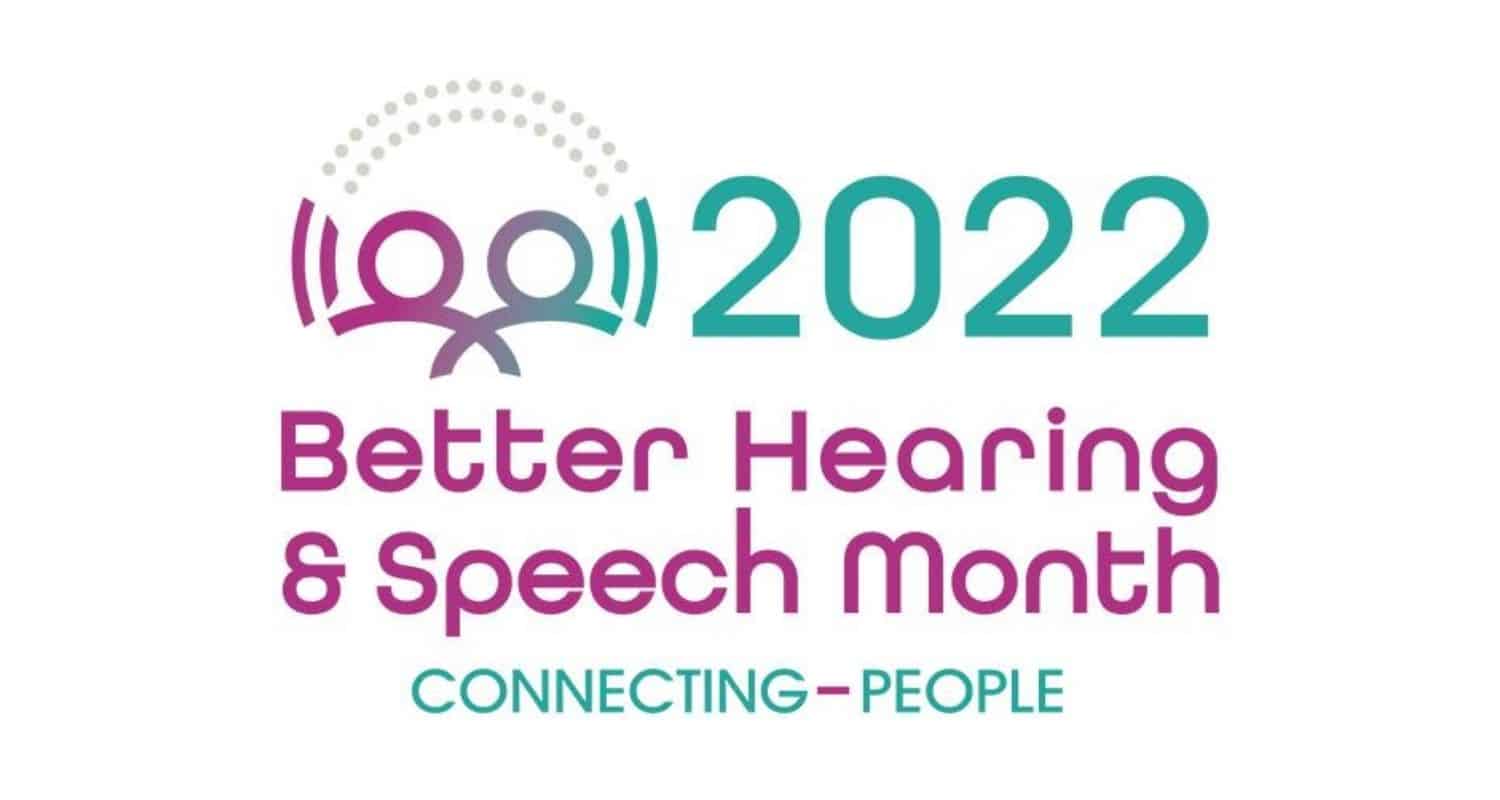 Connecting People | May is Better Hearing and Speech Month!

Another Spring is here and with each year return we grow older and wiser. There is a mixed message in our society. We all want to grow old, however youth is celebrated in damaging ways, creating a culture of ageism. It’s this ageism which in part contributes to people’s fear of growing old and addressing the health risks which come along with them.

For instance, many people wait 7 to ten years from the time they suspect they have hearing loss before they finally seek treatment. This is in part due to seeing hearing loss as a sign of aging and a fear of admitting that our bodies aren’t exactly what they used be. The problem is that ignoring hearing loss allows for many of the associated side effects to take hold—some of them hard to reverse such as rifts in relationships, cognitive decline, and dementia.

This and every May is Better Hearing and Speech Month, a month-long annual campaign led by ASHA (American Speech-language-Hearing Association) to promote awareness and treatment around hearing loss and other communication disorders. The 2022 theme is “Connecting People” and there is no better time to address a hearing loss as it can lead to damaging implications towards cognitive health.

Over 55 million people live with dementia worldwide, and there are nearly 10 million new cases every year. Dementia is a group of neurodegenerative diseases which affect two or more cognitive functions such as memory, and ability to perform daily tasks. The risk of dementia becomes more significant as we age, especially after 65, as our brains change. However, Alzheimer’s disease and related dementias are not an inevitable part of aging. In fact, up to 40% of dementia cases may be prevented or delayed. One factor which contributes to dementia is hearing loss.

Hearing Loss as a Risk Factor

Hearing loss like dementia is common as we age affected an estimated one third of adults 65 and older and half of all those over 75 in the US. As both conditions often arrive in unison it’s not coincidence. When we struggle to hear it can be exhausting. Parts of words and words in sentences go missing, causing those affected to scramble to fill in the blanks. The result is that the people in your life mistake a hearing loss for you not paying attention or just disinterested. This strain on the brain is believed to also take away from other cognitive functions and can even cause unused parts of the brain to atrophy from under stimulation as people tend to begin avoiding social situations all together.

Researchers have long found a strong relationship between the two conditions. In a recent study from researchers found a substantial link between hearing loss in middle age and cognitive decline and dementia in later years. Based on a cohort of 16,000 individuals, the data revealed that those who were diagnosed with hearing loss between the ages of 45 and 65 had double the risk of a dementia diagnosis later in life. In addition, the study identified that hearing loss increased the risk of dementia far more that other risk factors such as obesity, depression, diabetes, and even tobacco use.

The finding of this study confirms that hearing health is critical for our total health. Often ignored or underestimated over time hearing loss can keep us from connecting to the people we love in our life. We are less likely to try new things, go new places, make new connections and general experience a decline in quality of life. However, what is important to remember is that while hearing loss is most often permanent it can be treated affectively using hearing aids. Hearing aids amplify the sounds which we struggle based on a hearing exam allowing us to hear our loved ones and participate in the life we love. If you suspect you have even a mild hearing loss it is an excellent idea to take care of Better Hearing and Speech Month. This May take your future into your own hands. Schedule an appointment with us today and get reconnected with what you love in life!