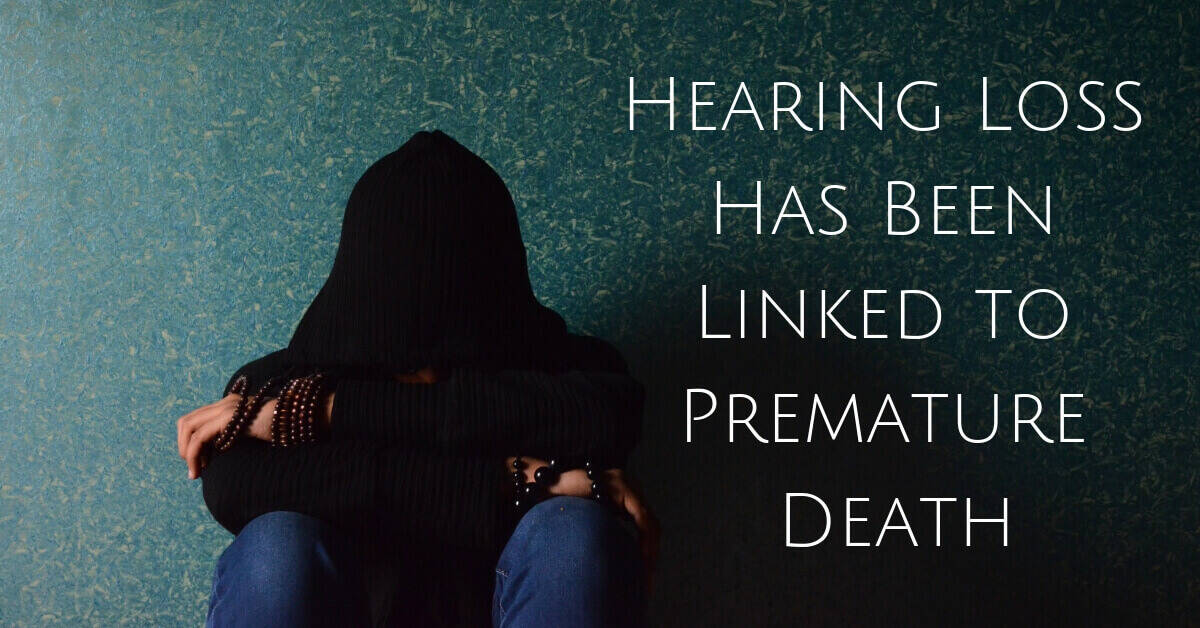 Hearing Loss Has Been Linked to Premature Death

If you’ve ever thought that hearing loss isn’t very serious, it’s time to think again. Older adults who are hearing impaired may be at risk for an earlier death as compared to those without hearing loss, according to a new study.

Researchers looked at hearing test results from nearly 1,700 adults 70 years old and older. In this group, 589 had mild hearing loss, 550 had moderate to severe loss, and 527 had no impairment. The data showed that the subjects with moderate to severe hearing loss had a 54 percent increased risk of death over the next several years when compared to those who had little or no impairment.

While the study’s authors noted more research is necessary to prove that hearing loss alone can lead to earlier death, previous studies have tied it to other health and quality-of-life issues. These studies have shown that even mild hearing loss that goes untreated doubles the risk that someone will develop and suffer from dementia, and may risk earlier death.

Adults with hearing loss become less outgoing. “Loss of hearing can lead to social isolation, especially in older adults who are already prone to feeling isolated,” says Tessa Gilfillan-Jones, audiologist at Advocate Eureka hospital in Eureka. “This can lead to depression, dementia and other mental health problems. It’s vital that people realize that hearing loss affects more than just the ears.”

According to the National Institute on Deafness and Other Communication Disorders, approximately 33 percent of Americans 65 to 74 years old have hearing loss. For those over 75 years old, that number jumps to almost 50 percent. However, the problem lies in that only about 20 percent seek help, or consider treating their hearing loss with hearing aids.

Gilfillan-Jones stresses that proper hearing aids can go a long way toward improving the quality of life for the hearing impaired. “The most important thing for people to realize is that there is a hearing aid out there for almost everyone if they are willing to work with an audiologist to find it,” she says.

Unfortunately, the reason so many older adults forgo hearing aids is that they are expensive and Medicare and many insurers won’t foot the bill.

An organization called Healthy People 2020 recently set goals for U.S. health with objectives to increase screening and the treatment of hearing loss. This study uses data from the National Health and Nutrition Examination Survey — an annual survey of health and nutrition from a representative sample of U.S. residents. They included 1,166 people in the analysis that came from data from 2005 to 2006 and 2009 to 2010 surveys. The research team concluded that people with hearing impairment tended to be older, white males who used to smoke, have lower education attainment, and have a history of heart disease and stroke.

The survey concluded that the next major step would be to conduct a randomized control trial to determine whether hearing aids could reduce mortality. Whatever the results of future studies, it’s obvious that treating hearing loss will do far more than help you follow conversations and hear more of the sounds around you, hearing aids could actually save your life!

Improve your Enjoyment of Life with Hearing Aids

While there still isn’t a lot of research about how hearing aids can prolong the life of individuals with hearing loss, it is pretty clear that they greatly improve quality of life, and improve our relationships and communication skills, ward off depression and anxiety, reduce your risk of dementia, and increase your safety. If you have hearing loss, whether mild, moderate, or severe, visit us today at Hearing Aid Specialists of the Central Coast and find the hearing aids that will not only change your life, but prolong it too!