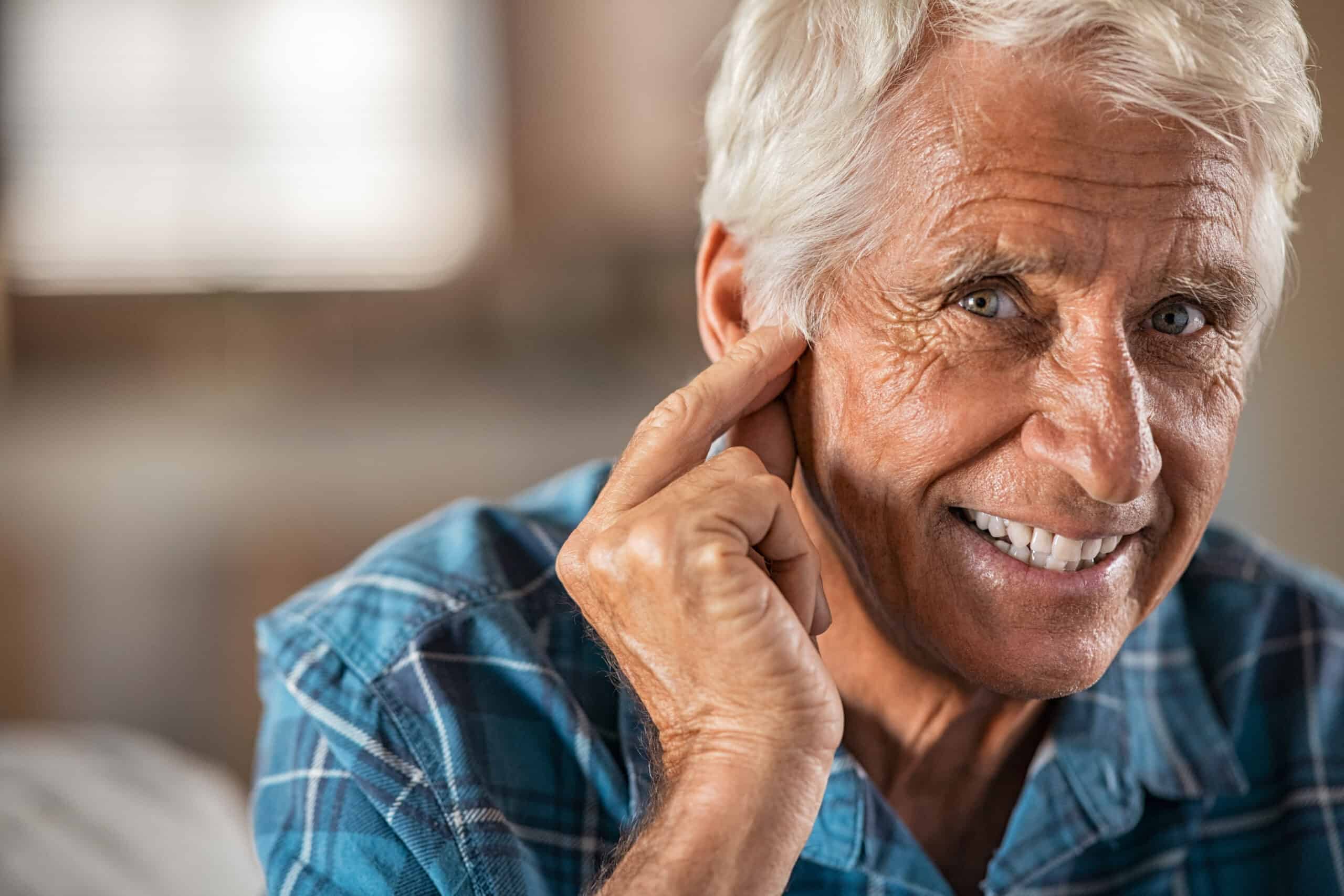 Aging can be a difficult process. however, when you stay on top of your health, or have others around to help you do so, you can age with grace, enjoying many aspects that life has to offer. This includes keeping up with your heart health, bone health and eating a healthy diet. One aspect of health which often goes undiagnosed as we age is hearing loss. One in three 65 and older struggle with hearing loss and that number rises to one in two, once we reach 75 years and older. Presbycusis, also known as age related hearing loss, is the most common cause of hearing issues, due to changes in the inner ear as we age.

Often underestimated in leu of more pressing health issues, addressing a hearing loss may be a key to improving quality of life as we age. For instance, several studies find that older adults with hearing loss, may be more sedentary and more likely to experience worsening physical function than those without hearing loss. In fact, three recent NIA-supported studies, reported in JAMA Network Open and the Journals of Gerontology, Series A, suggest that treating hearing loss may be a way to promote healthy aging among older adults!

Hearing loss affects your likeliness to stay physically active as we age, due to its impact on your ability to stay social, communicate effectively and its impact on your sense of self. This is an understanding which is rapidly gaining notability in scientific communities. To solidify this connection, a team of investigators at NIA and Johns Hopkins University set out to identify stronger connections between hearing loss and physical activity patterns among adults between the ages of 60 and 69. Based on results from hearing exams from a subgroup of National Health and Nutrition Examination Survey (NHANES) participants, the team examined data from 221 people with normal hearing, 48 with mild hearing loss, and 22 with moderate to severe hearing loss. These 291 participants were fashioned with motion-based monitors on their hip over a week, to capture how long they were engaged in sedentary behavior, light physical activity, and moderate or vigorous activity. Based on data collected, the team gathered that those with mild to severe hearing loss tended to exercise less than people with normal hearing. In fact, the greater the severity of hearing loss, the more likely that the participant was sedentary for longer during the day.

Because hearing loss is an irreversible and progressive health condition, researchers at Johns Hopkins University in collaboration with NIA, set out to examine the relationship between hearing loss and physical function over years. The team analyzed data collected from participants between the ages of 71 and 94 who enrolled in the NIH-funded Atherosclerosis Risk in Communities (ARIC) study. Of the nearly 3,000 participants, 973 people had normal hearing, 1,170 had mild hearing loss, 692 had moderate loss, and 121 had severe loss.

The findings revealed that patients with hearing loss were more likely to have worse scores for physical function, balance, and walking speed. In addition, participants attended two to three in person physicals over eight years which showed that those with hearing loss had a faster rate of physical decline than those with normal hearing.

The third study conducted at Johns Hopkins University in collaboration with NIA, sampled from 830 adults over age 40 enrolled in the NIA’s Baltimore Longitudinal Study of Aging (BLSA). Of the 831 participants, 474 people had normal hearing, 212 had mild hearing loss, and 145 had moderate or severe loss.

What stood out in the third study was that those who treated their hearing loss with hearing aids had notably better walking endurance than those who did not treat their hearing loss. With this in mind, it’s important to screen for hearing loss regularly, especially as you cross the threshold into older adulthood. Stay on top of your health by scheduling a hearing exam with us today!!!