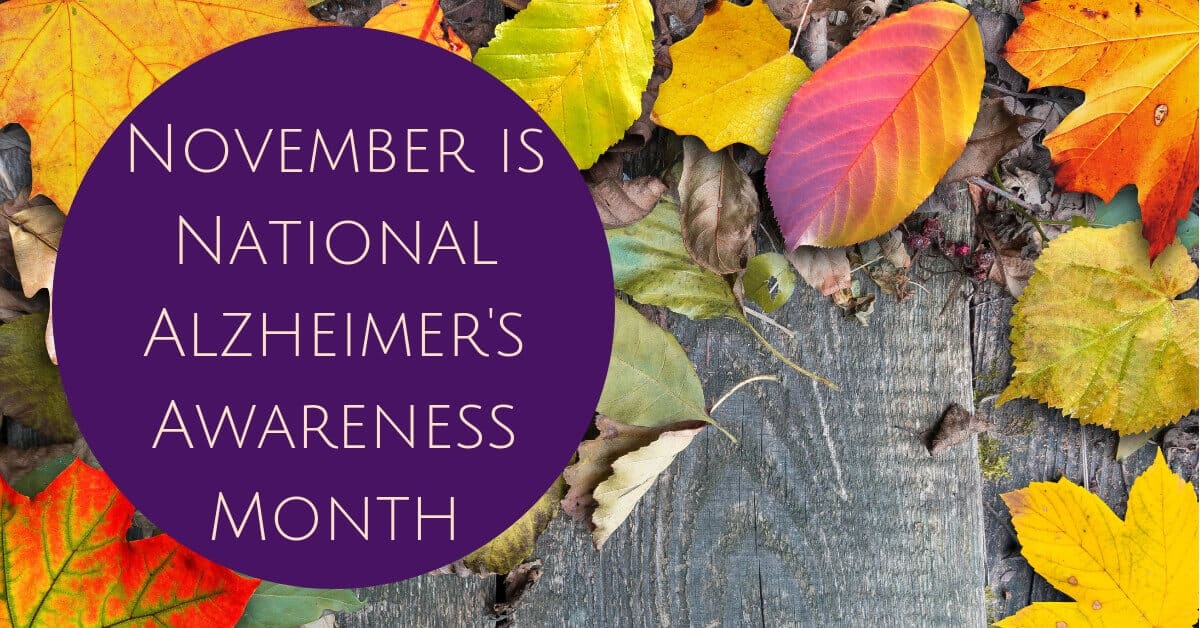 Besides ringing in the holiday season, the month of November is “National Adopt A Senior Pet Month,” “National Peanut Butter Lover’s Month,” and “National Sweet Potato Awareness Month,” amongst others. While some monthlong observations of certain issues can seem somewhat light-hearted, there are others that are quite serious. November is also National Alzheimer’s Awareness Month and is meant to create awareness around the disease as the most common type of dementia that people can have. National Alzheimer’s Awareness month is a great opportunity to learn more about how this form of cognitive decline takes shape and affects people. It is also a good time to familiarize yourself with the ways that Alzheimer’s disease has been related to hearing loss, untreated and otherwise.

Alzheimer’s disease, the most common form of dementia, is degenerative brain disease that typically affects people’s memories, so that people with the disease face difficulties remembering new information, in particular. It does more than affect memory, however. People with advanced Alzheimer’s disease can experience a wide variety of effects on their personalities. For example, those with progressive cases of Alzheimer’s can experience sudden yet lasting shifts in moods as well as extreme behavioral changes. It is not uncommon for people with Alzheimer’s disease to become consumed with feelings of suspicion and paranoia that those around them are out to get them, no matter that these people may be family, friends, loved ones, and coworkers. Alzheimer’s can also generate changes in one’s own body awareness. At varying levels of the disease, people can experience quite difficult bouts of disorientation as well as confusion about events that are happening right around them—becoming, in other words, quite literally lost in the moment.

Alzheimer’s disease typically affects older people: people who are 65 years old and older are more susceptible to the disease, and this is even more so the case if Alzheimer’s runs in the family. As often happens with cognitive disorders, the signs and symptoms of the Alzheimer’s frequently worsen and become more intense as people age. Alzheimer’s disease does not only affect older people, however. The Alzheimer’s Association in fact reports that signs of early-onset Alzheimer’s affects approximately 200,000 people under 65 in the United States.

The Link between Dementia and Hearing Loss

Interestingly, there appears to be a relationship between Alzheimer’s disease and hearing loss—especially untreated hearing loss. A 2011 study conducted at Johns Hopkins tracked almost 2,000 older people around the age of 77 years old for 12 years, and some of them for 20 years, to understand how hearing loss and cognitive decline may be connected. They found that “people with hearing loss were 24% more likely to have Alzheimer’s,” continuing later by explaining that “the worse the hearing loss was, the more likely the person was to develop dementia.”

The links between hearing loss and cognitive issues such as Alzheimer’s are perhaps unsurprising. Researchers generally agree that when a person is experiencing hearing loss, their brain does a lot of work in order to compensate for the loss—and the areas of your brain that are devoted to other senses such as bodily orientation and memory are reorganized (and diminished) to allow your brain to deal with your hearing loss. While there is unfortunately no cure for Alzheimer’s, there are ways to attending to the hearing that you do have and to potentially forestall the effects of cognitive decline.

Noise-induced hearing loss is 100% preventable if you take the steps to protect your hearing. In your everyday life, it is a good idea to have earplugs on-hand, whether one-time use or custom-made earplugs. These will undoubtedly come in handy should you find yourself in loud situations at work, at concerts, or even in places such as movie theaters where all sounds are simply amplified. If you do not have earplugs, be sure to cover your ears when faced with loud noises such as passing sirens and heavy machinery. Becoming more conscious of your hearing environments is a really good step toward ensuring your physical and mental health all around—tasks that are especially good during National Alzheimer’s Month, but that will last you the other 11 months out of the year as well.

One important step to bolster your cognitive abilities is to get a safe, easy, and non-invasive hearing test. At Hearing Aid Specialists of the Central Coast, our team will assess your hearing levels and determine whether a hearing loss is present. If so, we will begin the process of helping you on the path to better hearing with a treatment plan. Treating hearing loss brings significant benefits to your overall health and well-being. Contact us to schedule a consultation today!