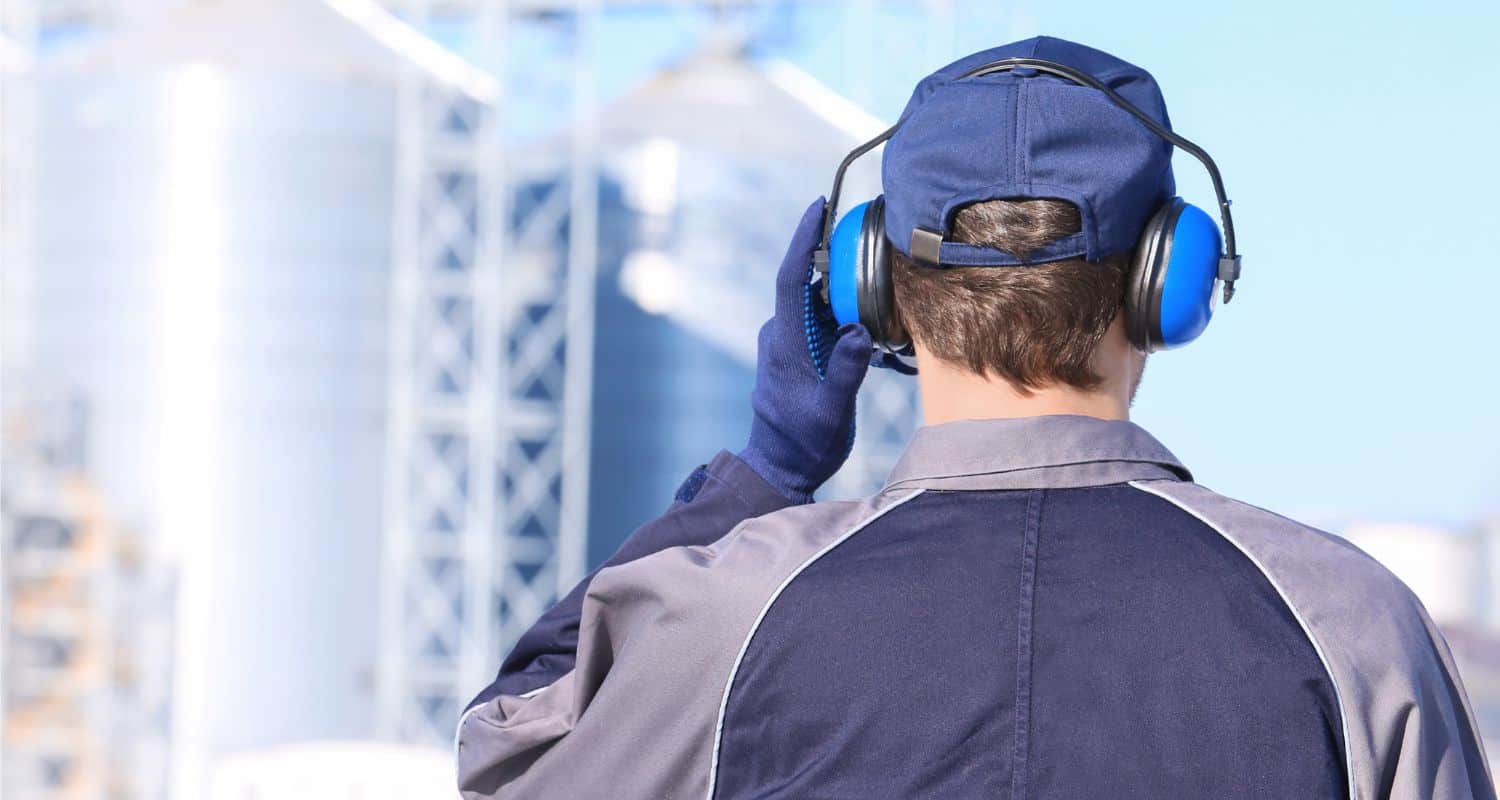 Do you work every day in a noisy environment? The Center for Disease Control and Prevention (CDC) reports that an estimated 22 million workers in the United States face exposure to hazardous noise at work each year. You may not think this is a big issue, but when noise reaches a certain level, it can cause noise-induced hearing loss – a permanent condition with far-reaching side effects. With hearing protection, the effects of loud noise can be prevented, however, a recent study reports that up to half of workers who face daily noise exposure in the United States are not wearing hearing protection.

The average workday is 8 hours, though many work longer hours to receive lucrative overtime to support their families and save up for the expenses which come with life. However, these long hours come at a cost. Occupational hearing loss is hearing loss that can be traced back to workplace noise and the longer you are exposed the worse its effects.  The volume or loudness of sound is measured in decibels. The human ear can withstand sound quieter than 85dB indefinitely without suffering damage. However, past this threshold, the ear can suffer permanent damage, leaving behind lifelong hearing loss. It’s not just the level of exposure but the length of time. At 85dB damage can occur after 8 hours of constant exposure, which is a perfect storm for workers whose work week exposes them to these levels shift after shift, 5 days a week or more, month after month, and year after year. However, as the decibels rise the time it takes for hearing damage to occur quickly shrinks. At ten decibels higher it takes under an hour for damage to occur and at 20 decibels higher, damage can occur in under 15 minutes.

A 2021 study examined data based on the National Health Interview Survey of 2007 and 2014. The researchers looked at data from 15,842 workers in 2007, and then 23,656 workers from the 2014 survey. The numbers informed researchers that 53% of workers weren’t wearing hearing protection! This was based on the survey participants’ responses where more than half responded to questions about their hearing protection practice as “not always” or even “not usually”. Instead, they answered “sometimes” or “never” to indicate that they rarely wore hearing protection.

This is an issue that spans trades and professions where people are either not aware of the dangers of loud noise or do not know that they are being exposed. However, workers in the Accommodation and Food Services industry were the least likely to wear hearing protection. 90% of workers in that industry reported that they didn’t wear hearing protection, most likely based on the culture of the industry. Still, loud music, the multiple conversations, and the banging of dishes, pots, and pans in busy restaurants can add past a safe listening level.

“Increasing worker awareness and providing training about the importance of proper and consistent use of hearing protection devices can protect workers from the effects of hazardous noise,” says Dr. Elizabeth Masterson, a study co-author. Test your working environment for dangerous decibels. You may be surprised at just how loud the place you spend so much of your time and energy is. Hearing loss isn’t just a hearing issue but a communication and safety issue. When you go for years with untreated hearing loss it can cause rifts in relationships at home and work. Workers with hearing loss earn on average $30,000 less annually than contemporaries with normal hearing. It can also lead to depression, chronic anxiety, insomnia, social isolation, cognitive decline leading to dementia, and a greater chance of falls and accidents leading to hospitalization. If people understand the risks of hearing loss they may wear hearing protection and treat a possible hearing loss as soon as possible. Act around your hearing loss. If you suspect you have a hearing loss, schedule an appointment with us today.