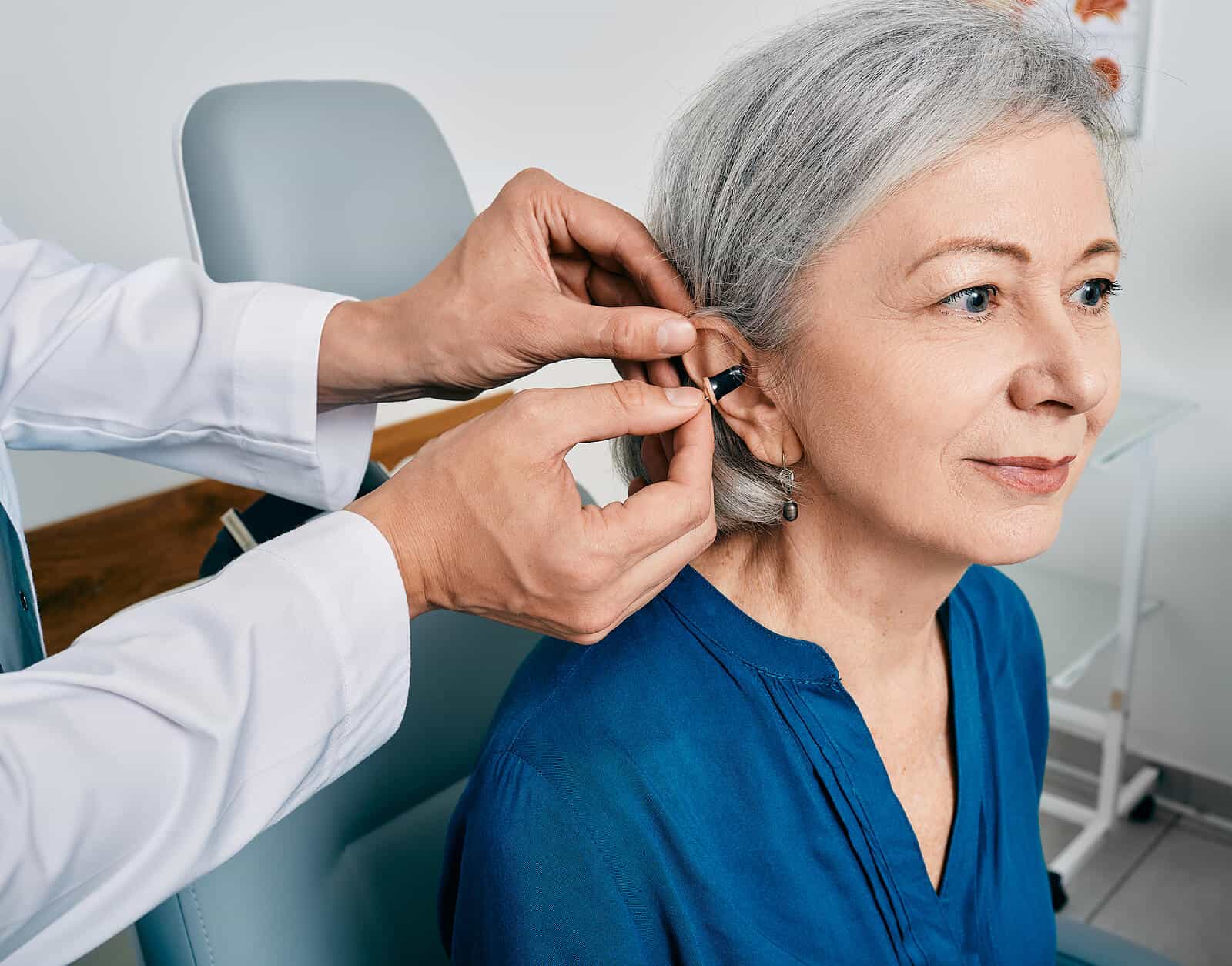 This November, Test Your Hearing in Honor of American Diabetes Month

Do you struggle to hear the people and sounds in your life? It’s all too easy to ignore the common warning signs of hearing loss, such as struggling to hear in noisy settings or having to ask people to repeat themselves all too often. In fact, people often wait on average 7 to 10 years from the time they suspect they have a hearing loss to take action. Aside from the social impact hearing loss has on an individual’s self-esteem and sense of independence, it can often be a warning sign of other health concerns. For example, those with diabetes and even prediabetes are at twice the risk of having sensorineural hearing loss! This and every November is American Diabetes Month—a campaign to raise awareness, promote screening and action around diabetes.

The Center for Disease Control and Prevention reports that 37.3 million Americans—about 1 in 10—have diabetes. It’s a serious health condition which can sneak up on you. About 1 in 5 people with diabetes don’t even know they have it. This is why regular blood tests and screenings are important, especially past the age of 45, have a family history, lead a sedentary lifestyle or eat a diet full of processed sugar.

Diabetes is a long-term condition which affects the cells throughout your body which rely on absorption of blood sugar, also known as glucose, for energy and sustenance. This is modified by a hormone created in the pancreas, called insulin. Insulin is key in helping glucose absorb into your cells, but as diabetes develops, it can make it difficult or impossible for this process to continue. The result is an undernourishment of the cells throughout your body increasing the risk of a number of health risks. These include heart disease, chronic kidney disease, nerve damage, and other problems with feet, oral health, vision and even hearing!

How is Hearing Loss Affected By Diabetes?

There are two types of diabetes – type 1 and type 2. While type 1 is a rarer autoimmune disease common in adolescence, type 2 often develops due to lifestyle such as dietary choices and underactivity. While type 1 prohibits the cells from absorbing blood sugar, type 2 allows an insufficient supply to be absorbed. The result is cell damage throughout the body—including the inner ears. The ears achieve this via tiny cells which resemble hairs, called stereocilia. Stereocilia are incredibly fragile and rely on a steady supply of blood to inhibits the process. Because diabetes constricts blood cells it can interrupt flow to the stereocilia causing permanent hearing damage. The result is irreversible loss of sounds, tones and pitches associated with the damaged cells.

The Effects of Hearing Loss

While hearing loss may not block entire parts of speech it can block tones which make conversation more challenging to follow and reduce your sensitivity to ambient sounds around you. This includes the sounds of birds, the wind in the trees or a gentle whisper. It may also include alarms and warning sounds which is why people with unaddressed hearing loss are at a higher risk of falls and accidents which often lead to hospitalization. Many people mistake hearing loss a benign condition when in fact it can quickly affect every aspect of your health from an emotional, cognitive, and physical health perspective.

Because of the subtle and gradual nature of hearing loss, many people go years without realizing they have it. The brain rationalizes the subtle loss as it occurs- however you still may be feeling the gradual isolation, loss of confidence and sense of loneliness which often accompanies hearing loss. Often, it’s those closest to you who will point out that you may have a hearing loss — Listen to them. It can never hurt to have your hearing tested. Once you know the extent of your hearing loss you take action and find treatment.

If you do have hearing loss it could signal an undiagnosed case of diabetes. The sooner you catch diabetes, the sooner you can start to take action to keep it from becoming worse. This November, use it as a call to action. Honor American Diabetes Month by honoring yourself. Get screened for diabetes and hearing loss.