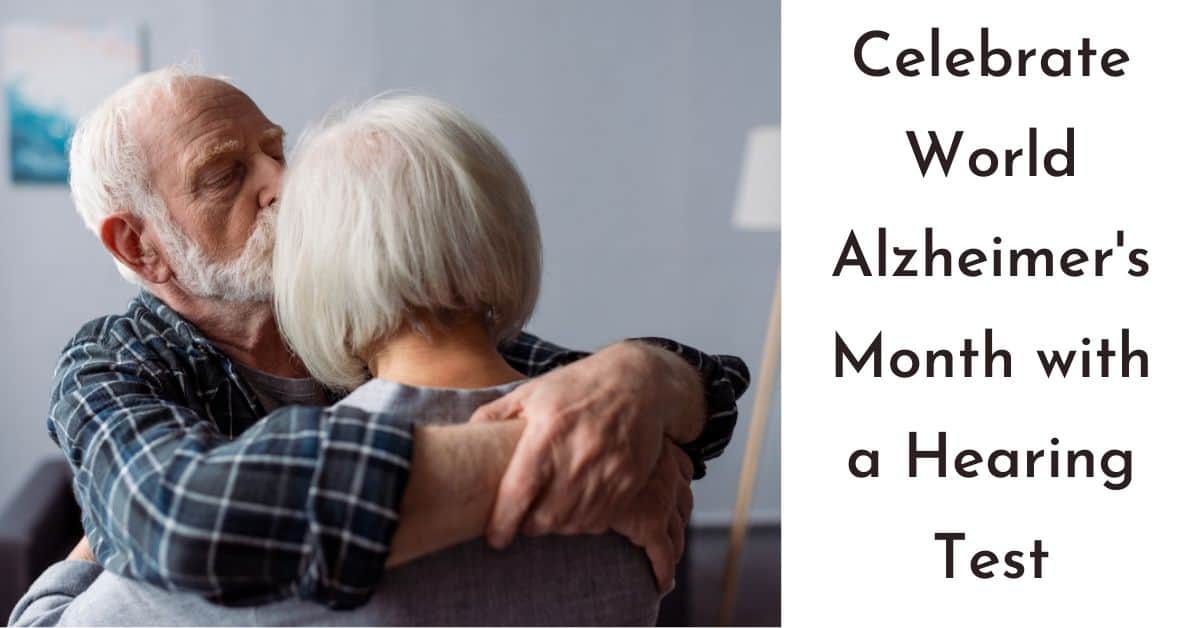 Launched by Alzheimer’s Disease International, this month is dedicated to raising awareness and taking action. Alzheimer’s disease is the most severe form of dementia, impacting nearly 6 million people in the U.S. alone. Dementia refers to a group of chronic conditions that cause cognitive decline: memory, problem solving, thinking, concentrating etc.

There are different types of dementia but Alzheimer’s disease is the most common, accounting for 60-80% of all cases. The number of people impacted by Alzheimer’s disease is expected to more than double by 2050 which is why there is a global movement to better address the disease. Currently, there is no cure so there is significant emphasis on ways to delay or prevent cognitive decline. One way that has been identified is by treating hearing loss.

Typically, hearing loss happens when the hair cells in the inner ear are impaired. These hair cells do not regenerate which means that when they lose sensitivity, this damage is permanent.

Hearing loss makes it difficult to hear clearly and process sound, causing a range of symptoms including:

These symptoms can be experienced mildly to profoundly, significantly straining communication and daily life.

The link and overlap of these conditions has been investigated for some time and research shows that hearing loss actually increases the risk of developing Alzheimer’s. Studies show that:

This significant correlation highlights that the severity of hearing loss also increases the likelihood of cognitive decline. It remains unclear how exactly this happens but researchers suggest that hearing loss can impair overall cognitive function by: overloading the brain, causing parts of the brain to be inactive, and/or reducing the amount of stimulation the brain receives from conversation which can become limited.

Identifying and treating hearing loss can then reduce your risk of developing Alzheimer’s disease. The best way to address your hearing health is by first taking a hearing test.

Hearing tests measure your hearing ability in both ears which determines any impairment and the degree. There are effective ways to treat impaired hearing which can drastically improve hearing and overall health. So, take part in World Alzheimer’s Month by scheduling an appointment for a hearing test!