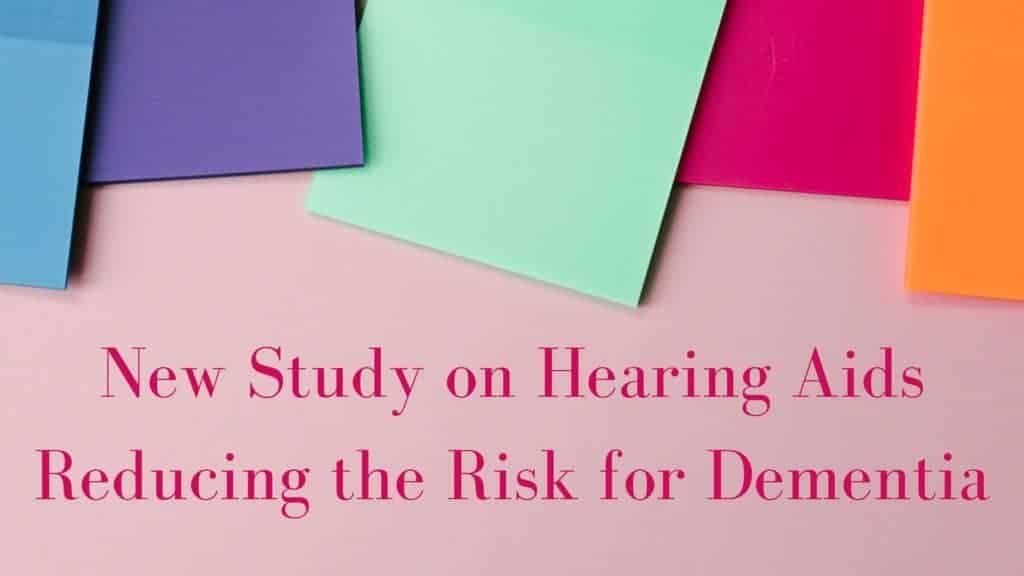 For the past few decades research has pointed to a clear link between untreated hearing loss and the development of dementia. While unaddressed hearing issues can have a detrimental effect on cognitive performance, less study has been the efficacy of using hearing aids to alleviate cognitive load and decrease dementia risk. Recently, a study of more than 2000 subjects with hearing loss and mild cognitive impairment looked at whether hearing aid use can actually reduce the risk of dementia. Their findings reveal some encouraging news about the role hearing aids can play in cognitive health.

What Connects Hearing Loss to Dementia?

Hearing loss and dementia are found frequently as comorbidities and while the link between the two conditions is not fully understood, there is strong evidence that untreated hearing loss places stress on our cognitive functioning which can then make us vulnerable to cognitive decline.

When it is not treated, hearing loss can create a constant difficulty in comprehending the speech and sounds around us. Much like assembling a puzzle without all the pieces, people living with untreated hearing loss are constantly needing to rely on context clues to piece together their comprehension of sound. Working with incomplete information makes hearing slower and less reliable. It also requires the brain to pull concentration away from other important tasks to help compensate for hearing losses. Thus, hearing loss disturbs our natural cognitive patterns and creates chronic mental stress as other cognitive functions are consistently shortchanged to compensate for hearing loss.

This cognitive strain and disordering seems to play a key role in making people with hearing loss especially vulnerable to dementia. When hearing loss is left untreated, it has been shown to increase risk of developing dementia. The greater the degree of hearing loss present, the higher the risk, which may also point to the taxing effect untreated hearing loss has on our cognitive ability.

Untreated hearing loss elevates your risk for dementia and, as we wrote above, the worse your ability to hear is, the higher the risk you run. What do these risks look like? For mild hearing loss, the risk of developing dementia is double that of the population without hearing loss. Risk compounds with the degree of hearing loss: a moderate degree of unaddressed hearing impairment triples risk of dementia while hearing loss that is classed as severe or greater increases dementia risk five-fold.

With such amplified risk, it makes sense to look for ways to reduce risk, potentially by reducing hearing loss. Such strategies have long been advocated for and these recent findings bring solid support to the strategy of relieving cognitive strain through the use of hearing aids. Past studies have found that hearing aid usage increases cognitive performance, regardless of the degree of hearing loss. Hearing aid use has even been shown to increase cognitive performance in people with both hearing loss and existing dementia, relieving some of the cognitive severity of their dementia indicators.

In surveying over 2,000 subjects, the recent research “Association of the use of hearing aids with the conversion from mild cognitive impairment to dementia and progression of dementia: A longitudinal retrospective study” systematically tracked people with hearing loss and mild cognitive impairment (MCI). Comparing subjects who used hearing aids regularly and those who did not, the research bore out findings that demonstrate the effectiveness of hearing aids in both slowing the progression of MCI to dementia and in curtailing the speed at which dementia progresses.

Treating hearing loss is important, for a multitude of reasons. If you live with hearing loss, one of the best ways to support your cognitive health is by making use of hearing aids. Are hearing aids new to you? Getting help is easy, and begins with a hearing test – it is time to contact us today to get started.