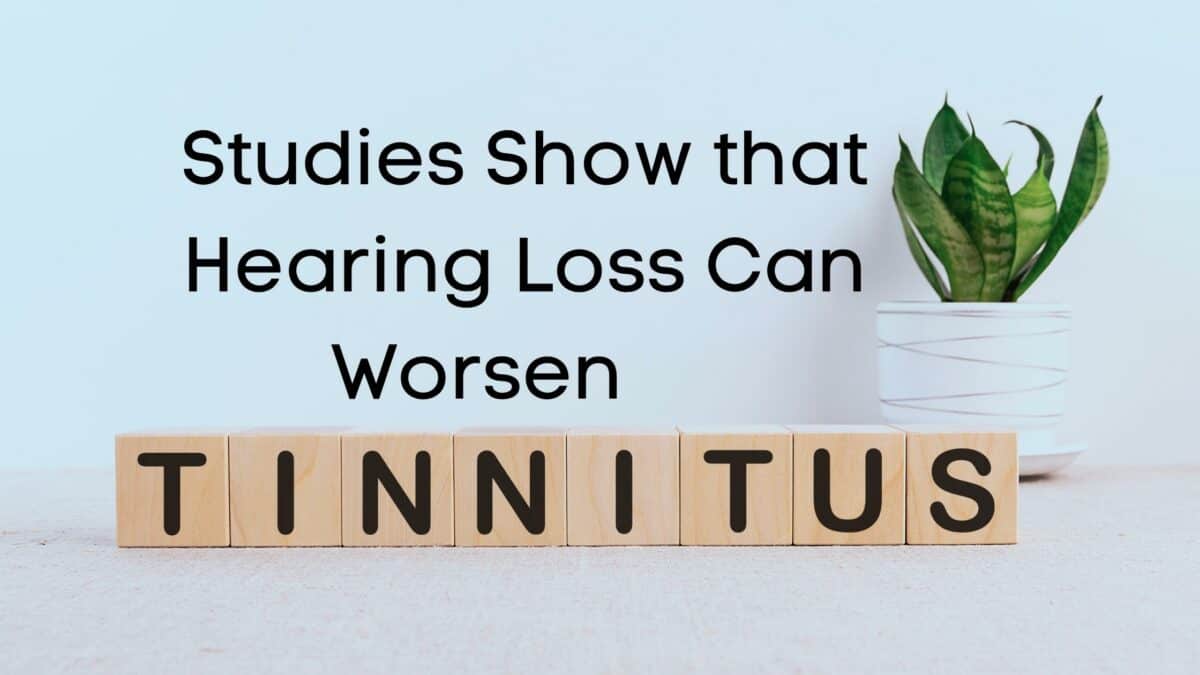 Do you ever hear a ring in your ears that seems to be coming from nowhere? This is a symptom of tinnitus, often considered a symptom of a disease, rather than a disease itself, it can manifest as various static sounds that have now external source. If tinnitus occurs every now and then it probably won’t bother you too much but in certain instances tinnitus can be so severe that it becomes debilitating. It can interfere with sleep, increase anxiety, stress, and interfere with concentration during your day.

While tinnitus is a condition which can occur without hearing loss, 90% of people who report tinnitus, also report hearing loss. This is because it is believed that hearing loss and tinnitus are often caused by damage to the hair-like cells of the inner ear, called stereocilia. These fragile cells are responsible for transmitting sound from your inner ear to your auditory cortex, where sound is processed in the brain. When sound exceeds a safe listening level these stereocilia can be damaged permanently. Other causes of damage to the stereocilia include impact to the head, exposure to certain chemicals, medications, infections, and even old age. This leaves people with permanent hearing loss and tinnitus.

A study published in March 2021 examined the connection between tinnitus and hearing loss to understand if tinnitus was more severe for people with hearing loss. The study surveyed 73 individuals with tinnitus, using the Tinnitus Functional Index questionnaire to understand the severity of the tinnitus.  Roughly half of the participants had normal hearing while the other half did not.

Coping with Hearing Loss and Tinnitus

Tinnitus can be frustrating and become exasperated by stress. It can become more noticeable when in a stressful professional or personal situation, amplifying the stress. This in turn amps up the prominence of the tinnitus. While tinnitus is permanent, it can be treated with various methods. None of these treatments are cures, but are ways to lessen the prominence of the symptoms.

Sound Masking: The buzz of tinnitus can be frustrating, but it can be masked using another, less volatile noise. This can distract and detract from the hum of tinnitus and allow you to rest or focus on other things. Many hearing aids come equipped with masking features you can use during your day. Others find that a white noise machine or listening to the radio quietly can help them become distracted from tinnitus so they can rest.

Mindfulness: The more stressed your tinnitus makes you, the more prominent it can become. Taking a moment to center and shift your focus away from tinnitus relieves stress. Meditation is a widely used practice, which encourages an individual to focus simply on being. For many, meditation allows the hum of tinnitus to slip away for a time. Other people find that yoga or cardiovascular exercise helps reduce stress and minimizes tinnitus.

Cognitive Behavioral Therapy: This form of conversational therapy help you identify your response to tinnitus and encourages an individual to modify their response when tinnitus symptoms present themselves.

If tinnitus is something that is becoming increasingly stressful in your life, take a moment to examine what is driving up the stress level. For many, hearing aids not only help them to hear the people and sounds in their life but relieve stress in the process. When people struggle to hear, it becomes exhausting to participate in daily social interactions. As a result, many choose to stay home and avoid social situations altogether. As you may imagine social isolation caused by hearing loss, can cause depression and further anxiety levels which in turn amplifies the sound of tinnitus.

Don’t let hearing loss stress you out any longer. Many have found success wearing hearing aids to minimize the effects of tinnitus. To find out how hearing aids can help you, schedule an appointment with us today.