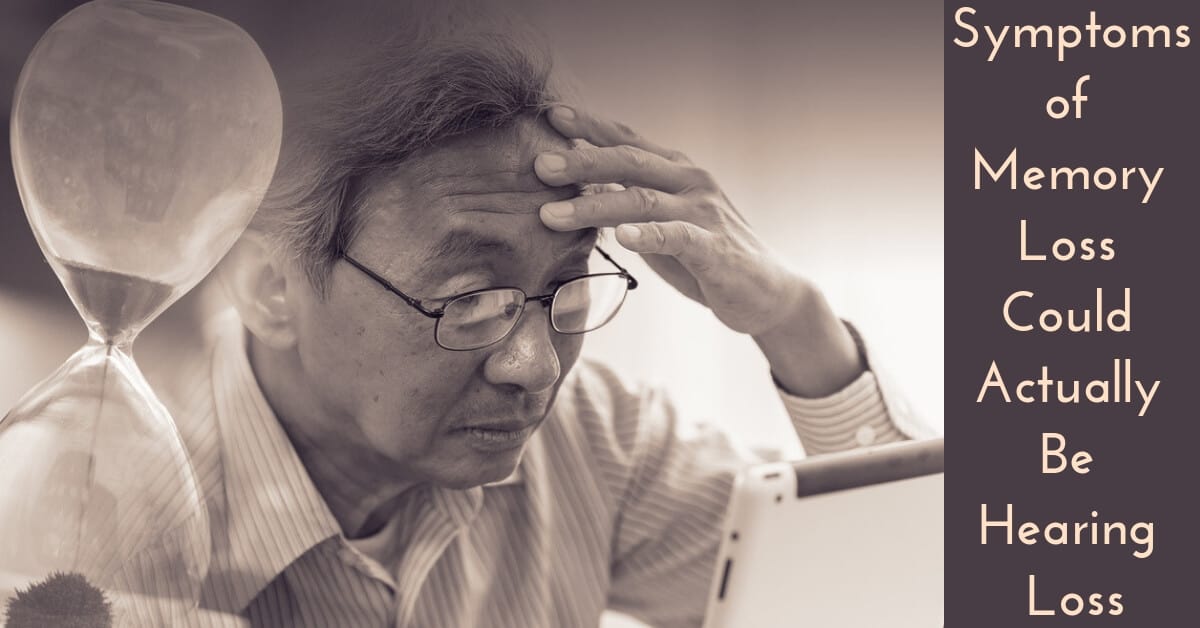 Symptoms of Memory Loss Could Actually Be Hearing Loss

One of the puzzling features of cognition is that it relies so much on spoken communication. In order to communicate what we understand and remember, we tend to use spoken language. Some peculiar cognitive problems demonstrate a failed link between the mind and the mouth, making it difficult for the speaker to find the right words to describe the thought they have in mind. In addition to these speaking difficulties, a conversation goes in the other direction, as well. In order to understand and remember what a person is saying, one must be able to hear it. Although this principle of cognition might seem obvious, researchers have recently pointed to the problem as a source of misunderstanding when it comes to memory loss. What appears to be memory loss might even be a need to treat hearing loss.

A recent article published in the Canadian Journal on Aging investigates just this issue, considering that memory and hearing might be conflated in some reports of difficulty. Take the example of a person who has trouble remembering things at home. If you tell them something, they might seem to forget only moments later. They might not be able to recall things that you said very recently. Furthermore, they may seem to be checked out or otherwise disconnected in conversation. Each of these experiences with a loved one might feel like an obvious case of memory loss.

Yet, what if you flip the script, and think about the process of communication? Is it possible that each of these instances is actually a case of hearing loss? A loved one may simply be unable to hear what you are saying, making it seem like they have forgotten what you said. They may seem to be unable to think clearly about the contents of a conversation simply because they can’t adequately hear. Dr. Susan Vandermorris pointed out this possibility in the recent study, considering the possibility that loved ones who brought their family members to a neurologist for memory loss testing might have actually been witnessing hearing loss.

In this recent study, 56% of the people who came for help with memory loss issues also experienced hearing loss. A full 20% of individuals did not use hearing assistance, such as hearing aids. With such a significant overlap in the groups, one had to wonder if the two conditions were getting mixed up. Indeed 25% of the people who participated in the study had not evidence of brain-related cognitive problems that would have caused memory loss. These statistics were enough to make the researchers wonder if the overlap accounted for some mistaken cases of memory loss.

Although hearing and memory might be demonstrating a case of mistaken identity in the case described by this study, we do know that a statistical relationship exists between hearing loss and cognitive problems such as dementia. There is a striking overlap between the two conditions, not only accounted for by age and health conditions. Furthermore, those who have hearing loss and dementia are more likely to experience a quick decline in their cognitive abilities. With such a powerful and mysterious relationship, researchers wonder if the link may have to do with the process of spoken communication. When a person with hearing loss engages in conversation, they are unable to hear complete words, phrases, or sentences. Instead, they have to piece together a puzzle of language into something intelligible. When that mess of sound encounters the ears, the brain scrambles to quickly make something meaningful. That stressful process might spill over into other areas of thought, including memory and clear thinking. Even apart from speaking contexts, the brain may continue to struggle to understand due to a heavy cognitive load.

Visit Us at Hearing Specialists of the Central Coast

With the relationship between cognition and hearing loss known to researchers, we have to ask ourselves if memory loss might be thrown into the mix, as well. These findings are all more reason to seek out assistance with your hearing.

If you feel like your hearing ability might be compromised, don’t delay to get a hearing test! Contact us at Hearing Specialists of the Central Coast today to schedule a consultation.